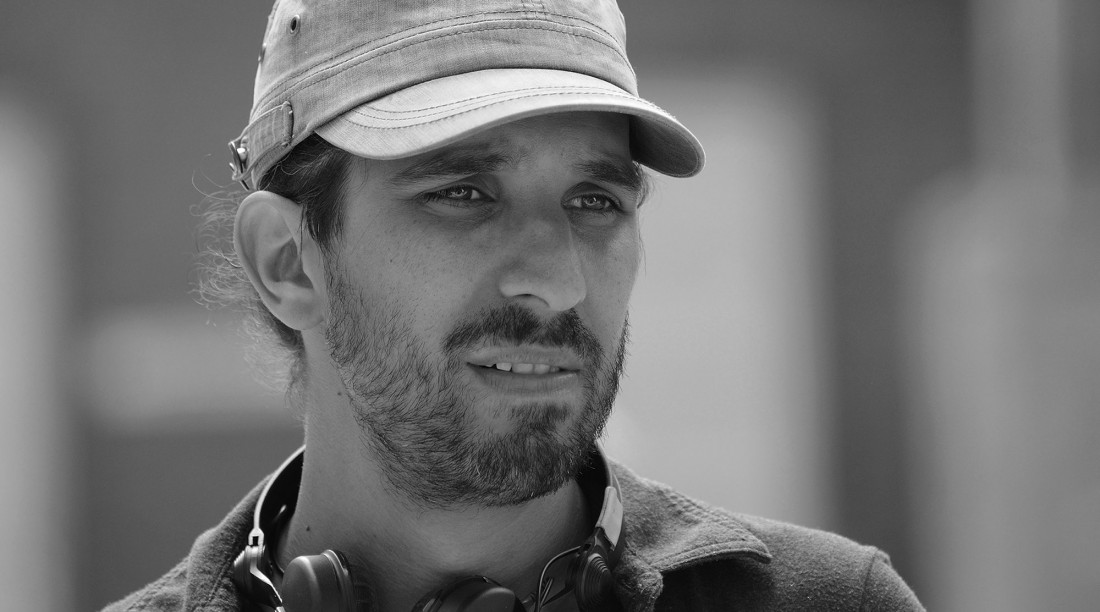 Javier Ruiz Caldera graduated from ESCAC (Escuela Superior de Cine y Audiovisuales de Cataluña / Institute of Cinema and Audiovisual Art of Catalonia) in 2000. In 2001 he wrote and directed the short film Treitum, winning him recognition with more than 6 national and international awards, including a Biznaga for the Best Short Film at the Malaga Film Festival.

In following years he combined his work in advertising with involvement in the production of various feature films, including Enrique Rivero’s Parque via, a film that was awarded the prize for Best Film at the Locarno Film Festival.
In 2009 he directed his first feature film, Spanish Movie which earned him two nominations at the Goya Awards. Spanish Movie was the most watched film on Spanish cinema screens for 2 weeks.

In 2011 he released his second feature film Promoción fantasma. Appearing at numerous festivals, including Toronto, the film won the Best Film and People’s Choice Award at the Brussels International Fantastic Film Festival in 2012, as well as Best Film Award at the Pánama Film Festival.

In 2013 Three Many Weddings was released and became the years best selling Spanish film at box offices across the country.

On 10th April 2015 his next film, Spy time, agente secreto will be released, with leading roles performed by Imanol Arias and Quim Gutiérrez.

In 2017 she works in the adaptation of the comedy SuperLópez starring Dani Rovira which is nominated for Best Comedy in the Feroz awards. In 2019 he starts filming in front of the camera for Malnazidos. 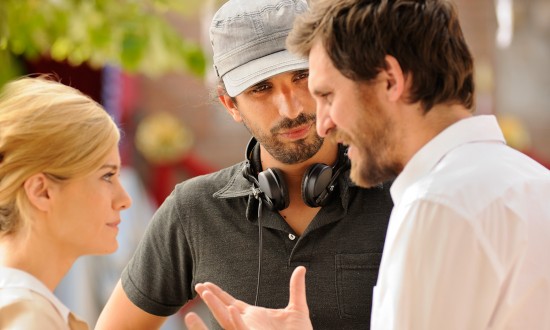 Javier Ruíz Caldera with the actors Alexandra Jiménez and Raúl Arévalo at the shooting of Ghost Graduation, 2012 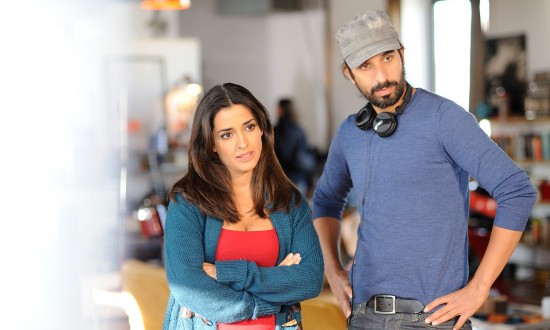 Javier Ruíz Caldera with the actress Inma Cuesta at the shooting of Three Many Weddings, 2013 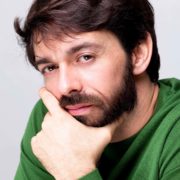