María Romero begins her studies at the age of 17 in the Royal School of Dramatic Arts in Madrid. With only one training course under her belt she discovers and becomes part of a new theatre group which expands during the following years until becoming: La Joven Compañía.

She combines her studies at the school with professional training within the company. She works both mornings and evenings doing doubles, discussions, courses and collaborating with great professionals.

In 2012 her first professional work, Invasión, directed by José Luis Arellano and written by Guillém Clua goes public. From then on, she works in all the pieces that appear for the next three years: Fuente Ovejuna by Lope de Vega, El señor de las Moscas by Niggel Williams, where she interprets the youngest child, Perceval. She also stars in Punk Rock by Simon Stephens, a new version of Fuente Ovejuna, this time written by Juan Mayorga, and Proyecto Homero, where she has the great opportunity to play the role of Helena of Troy. She plays this role on separate occasions- during the war, La llíada, written by Guillém Clua, and then in the La Odisea written by Alberto Conejero. All of which are directed by José Luis Arellano.

At only 23 years of age and after four intense years of work, María has carried out over 300 theatre roles in Madrid and on tour around Spain, as well as numerous courses and collaborations with great professionals such as Gerardo Vera, Andoni Larrabeiti, Josep María Mestres, Mariano Marín, Mona Martínez, Eduardo Torroja among others.

In 2015 she gets her first opportunity on the big screen debuting in the film The Olive Tree by Icíar Bollaín. She then works in the feature length film Historias Románticas (un poco) cabronas by Alex Yoga. She also stars as an actress in Lost Tapes’ internacional videoclip for Go for the Round directed by Juanma Carrillo.

In 2018 she takes part in the filming of the Finnish series Kosta, a project by YLE and Mediapro. 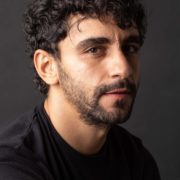 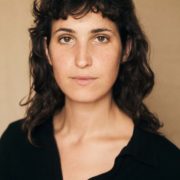