Minujín was trained as an actor with Cristina Banegas, Alberto Ure, Pompeyo Audivert, Julio Chávez and Guillermo Angelelli. He began his career on stage in 1996. In 1997 he moved to London, where he stayed for one year to complete his training. In 2000 he joined the El Descueve theatre company, with which he toured Latin America and Europe.

He has also participated in various television productions such as the internationally awarded television series El Marginal and the sitcom Loco por Vos. Other appearances include Viudas e hijos del Rock & Roll, Trátame Bien, Tiempos Compulsivos, and the HBO production Epitafios (Epitaphs). Juan Minujín is one of the most renowned actors from Argentina and has also begun a promising international career. In 2017 Minujín was cast as young Pope Francis in the film The Two Popes (with Jonathan Pryce and Anthony Hopkins), directed by Fernando Meirelles. 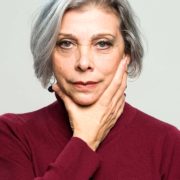