Bebe was born in Valencia but moved to Extremadura at the age of 1.

She has had a lot of success and recognition in her music career- four CDs and Ondas Awards: Best Newcomer, Grammy Latino also for Best Newcomer, Goya Award for the Best Original Song for Tiempo pequeño, MTV Awards nomination for Best Spanish Artist.

Parallel to this she has developed an acting career which she debuted in minor roles in the films Al sur de Granada by Fernando Colomo and El oro de Moscú by Jesús Bonilla.

Her dedication took off with La educación de las hadas by José Luis Cuerda in which she starred alongside Ricardo Darín and for which she was nominated for a Goya in the Best Newcomer category. She also worked on Caótica Ana by Julio Medem which also starred Manuela Vellés, Charlotte Rampling and Lluis Homar. 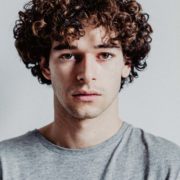