Trust means not doubting if your agent is doing for you what you really deserve; having the certain that your agent will play you the right hand. In this slippery and insecure profession, a good agent is someone who will remind you that it is never a bad idea to study and to train, that strokes of luck exist but it is always a good idea if they catch you when you’re ready.

The invitation to write this post came with only one condition … that it would be about actors. I am going to obey, but taking some license and taking the opportunity to publicly give thanks to Antonio Rubial for his generous complicity over so many years, so many that it’s best not to count, for my sake. During numerous preparations for the Fotogramas de Plata party, having him close by, always on hand, even on the occasions when he was on the other side of the Atlantic at the time; and still closer on the day, in Joy, following one step behind his actors but clearing the path ahead without every making the slightest fuss, with that smile of his that in the heat of the moment has a tranquilizing effect on me. The Fotogramas de Plata awards would not be the same without him. Nor would those long-winded telephone conversation for the news section of the magazine, where actors read what others who aren’t them are filming, recording, preparing or working on abundant projects — if the projects are theirs they don’t usually seem so abundant.

Well then, this ritual of going over and over the present and future agendas of the actors with their agents in order to be able to inform the readers has also allowed me to familiarize myself with the varying typologies of agents and, therefore, of actors. Because each actor looks for something different in an agent: there are some who seek a confessor, a mother, or a father, someone who is waiting on them 24/7, without set working hours or limits; for others it is enough to have someone who is a good contract negotiator; others seek a sleuth who can get them a spot at all the castings and/or introduce them to St. Louis — St. Narciso — ; others, a stylist who knows all the showrooms and can work their magic for the red carpet; others, an agent in Hollywood. And the majority want an agent that is all of the above in one, like a matrioska.

If we take Marlon Brando’s word that an actor is this kind of person who doesn’t listen unless they are the subject of the conversation — there are other more generous definitions, such as the ones that equate them with gods, because they have been sainted by the public on the first public pulpit-the stage, and there are also some that are far worse, such as a celebrated one from Hitchcock, who didn’t exactly hold them in high esteem — then without a doubt one must posses a silk glove and fist of iron to gain their loyalty. This can be achieved, at least as far as i can see from this side, when there is complete trust from both parts.

Trust means not doubting if your agent is doing for you what you really deserve, a classic element which has dissolved many relations between actors and agents, only because you have heard of such a such script and still havn’t been informed. And although you share an agent with another actor who could also have possibilities to play that character that you desire so much, you are certain that your agent will play you the right hand. And also put the breaks on if he doesn’t see it as clearly as you that this project that fascinates you so much but in fact is more of the same and doesn’t even pay that well. Or encourages you to step forward for something that doesn’t interest you that much because it is good to be selective but that we are in the bad habit, even in times of crisis, of having to eat every day.

In this slippery and insecure profession, something — as Fernán-Gómez said — to which you get used to like a fireman does to smoke, a good agent is someone who will remind you that it is never a bad idea to study and to train, that strokes of luck exist but it is always a good idea if they catch you when you’re ready. And that glamour does matter. And that cinema, always, always, is a team effort. 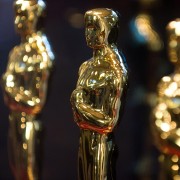 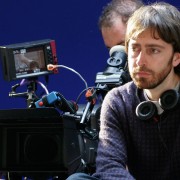